This year marks the Golden Anniversary since Puma Suede came up , back in 1968 and the German powerhouse is collaborating with legends of the music world, the streets, the fashion industry, and pop culture. After releasing the Breakdance series , Hello Kitty and Big Sean Suedes , they team up with German luxury brand MCM for another unique collaboration.

The tan iteration features MCM’s cognac-colored leather and monogram print on the lateral and medial sides of the midfoot, offset by a light tan suede on the toe, tongue, and heel. Black and tan laces, a black Puma chevron and a gold tongue detail provide further luxury contrast, and the shoe is rounded off with a classic white midsole/outsole.

Official release details on this commemorative collab have yet to be unveiled, but you can expect both shoes to release alongside a matching collection of co-branded Puma and MCM apparel sometime this summer. 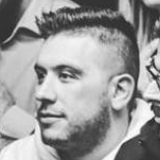