PUMA AND PEANUTS BRING AN EXCITING NEW COLLECTION TO LIFE

PUMA teams up with Peanuts for a new line of footwear, apparel, and accessories for adults and kids featuring Charles M. Schulz’s classic characters. The two iconic brands come together to create a fun collection revolving around sport and the Peanuts gang.

Charles M. Schulz first introduced the world to the Peanuts characters in 1950, when the comic strip debuted in seven newspapers. Since then, Charlie Brown, Snoopy and the rest of the Peanuts gang have made an indelible mark on popular culture. After 70 years and nearly 18,000 comic strips, the Peanuts gang remains a staple in pop culture and still has hearts captured around the globe. Much like Snoopy himself, the PUMA X PEANUTS collaboration is full of character and imagination. It brings with it a sense of nostalgia that could only be achieved by the Peanuts gang.

Classic PUMA styles are adorned with members of the Peanuts gang and scenes from basketball for the adult items in this collection. Charlie Brown, Snoopy, and Woodstock make an appearance on most styles, while Lucy, Linus, and Sally also appear on items like the Women’s Crew Neck and Women’s and Men’s Tees. The clothing in the collection offers comfy, classic PUMA styles for both men and women in a range of tees, hoodies, and sweatpants. The footwear includes the Future Rider and a basketball classic, the Ralph Sampson. Rounding out the adult items in the range are beanies and a backpack.

The kid’s Peanuts collection encompasses the characters playing a wider range of sports, including baseball, soccer and more. In a variety of items for girls and boys, the collection includes items such as hats, backpacks, and classic T7 track suits. Key footwear like the Mirage Mox and Ralph Sampson are available in Junior, Preschool, and Infant sizing. 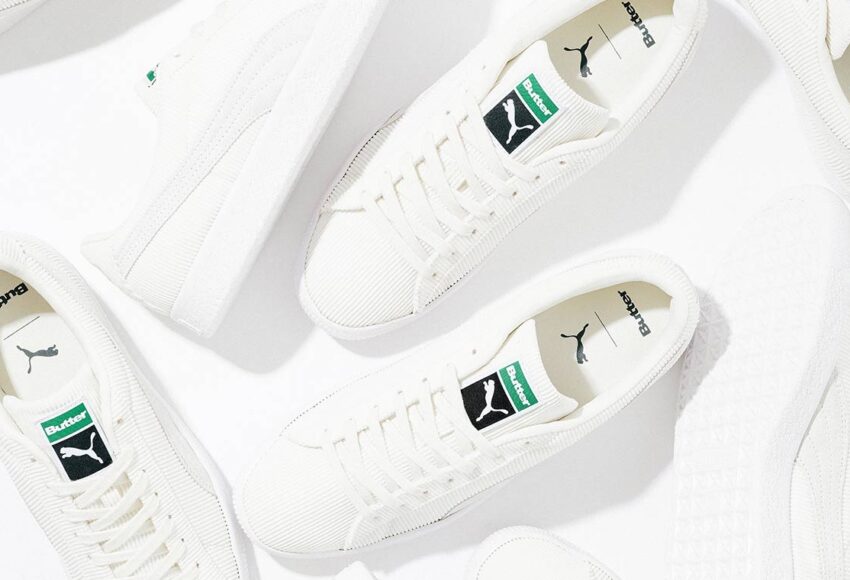